Multi-Modality Approach to Treating Burn Scars with C02 and IPL

Lumenis are proud to support the 52nd British Burns Annual Meeting (BBA), featuring the UltraPulse C02 and M22 Multi application devices, used in both the NHS and privately to treat burn scars. We are dedicated to improving patient outcome for the mobility of the burns scars and the aesthetic outcome for patient confidence. 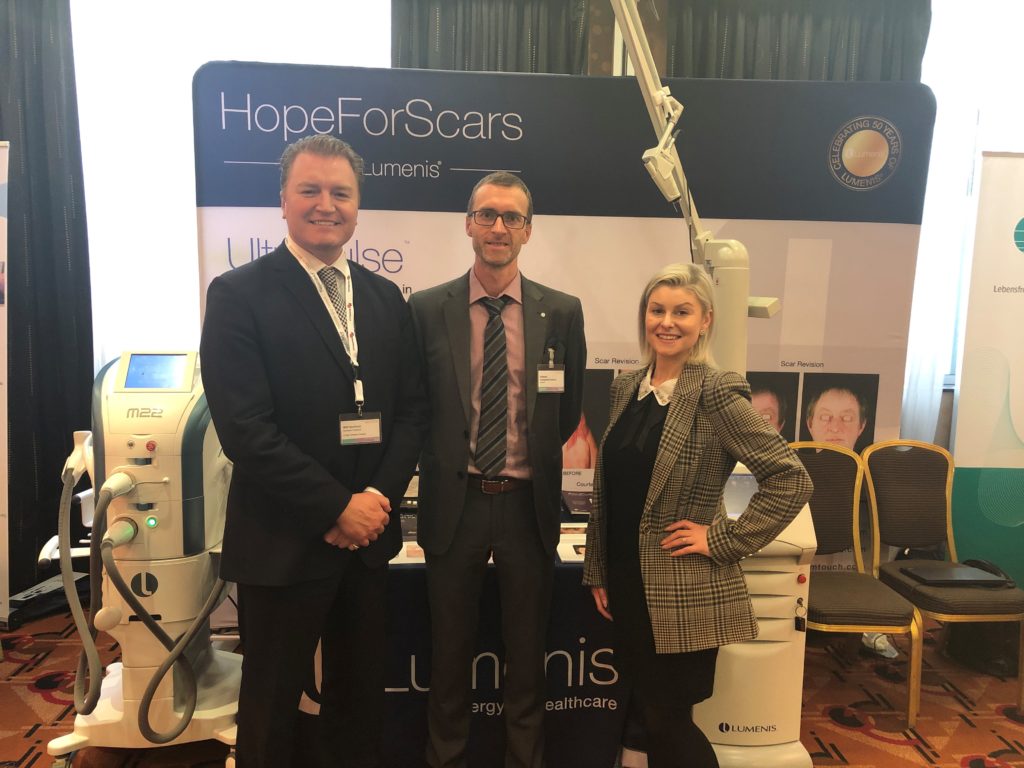 Speaking with expert user William Norbury, M.D. who was attending the meeting to discuss his experiences with lasers, Dr Norbury said : ‘We tend to use the M22 at an earlier stage, typically within few weeks of the initial burn healing. I think this is when we should start to think about using this platform, at an earlier stage rather than being one of the last things in the burns reconstructive ladder.’

Dr. Norbury added: ‘We use the UltraPulse C02 for the more neuropathic pain and actual scar release the M22. We can offset the need for the C02 at a later stage. So now, we can start with the M22 and build the C02 in at a later stage, early releases on red raised hypertrophic scars being treated with both lasers.’

He continued: ‘Using both treatment sources, the IPL at 590nm together with C02 the SCARFX when the scar is more mature and less red, we will be using just the C02 laser itself. We begin with using steroid injection rather than topical steroid. Afterwards, we hope to build in other medical modalities to optimize the function of the laser and really improve the photo biomodulation which occur around the channel cut into the scar itself by the fractionated C02 laser.’

MD. William Norbury currently practices at Shriner’s Hospital in Galveston, TX and UTMB. He has served as a research fellow for Shriners Hospitals for Children, where he specialized in investigating the effect of different agents on the hypermetabolic and catabolic response to severe thermal injury. He is also a member of the American Burns Association and Royal College of Physicians & Surgeons of Glasgow.